E-scooters exploded in popularity within a few months of being introduced in the US. They have been welcomed with mixed results, and this article takes a look at both sides of e-scootering legislation in Canada.

Yes, e-scooters are legal in Canada but there are some conditions and laws associated with it, depending on the province you live in or jurisdiction that you fall under.

Why should you know if scooters are legal yet in Canada?

Scooters have been thought of as a "side hustle" without really gaining the traction they deserved. They make up for this with recent advances such as new technology and innovations. Firstly, companies such as Blade and VSETT come forward catering to those who prefer this option over ordinary bicycles. Secondly, scooter-sharing programs are now popping up on college campuses and in ridesharing apps like Lyft and Uber.

In Canada, electric scooters are not legal on public roads. However, it is legal to use them on private property and sidewalks.

To keep the ball rolling, E-scooters (or electric scooter) mobility hubs are located at various landmarks throughout Canada. Particularly in major cities around Canada like Montreal and Toronto. It only came out some time ago, but they’ve already caught on like wildfire. Scooter riders here in Canada avoid bicycle pathways and take ordinary sidewalks instead (which is legal).

From electrically-powered bicycles to electric-assist bicycles, the legalities involving e-scooters in Canada are still in their early stages. Like all laws in this country, there are no federal laws regarding battery-powered scooters yet. Individual provinces and cities might have stricter (and potentially different) laws surrounding the use, production, importation, and sale of these products.

Canada has a Motor Vehicle Act that defines a motor vehicle as: "a vehicle that is drawn, propelled or driven by any means other than muscular power". This definition could be interpreted to include an e-scooter.

There is no federal legislation that specifically addresses the use of e-scooters in Canada. The provinces and territories have jurisdiction over such vehicles, but they have not yet passed legislation on this subject. 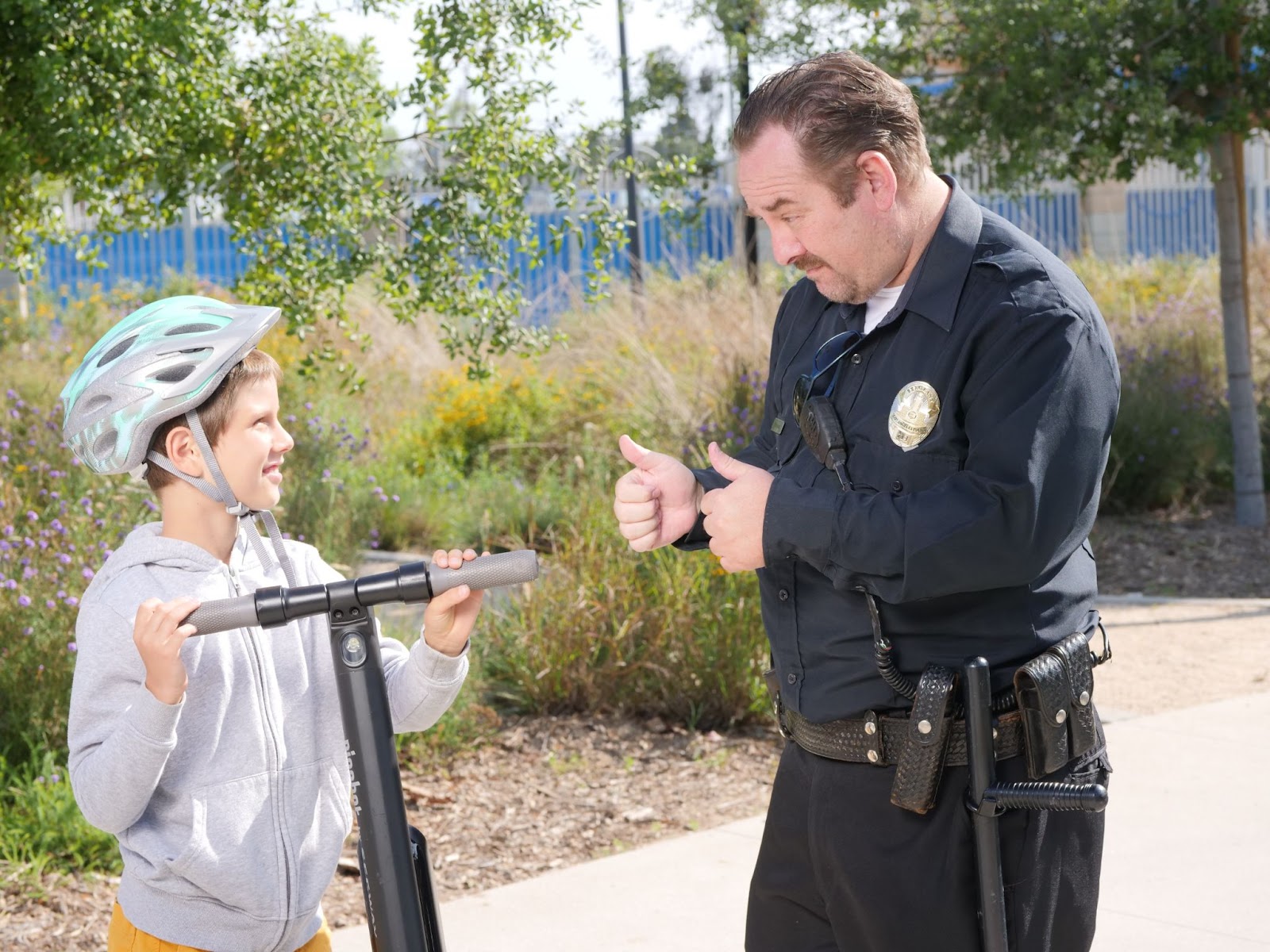 What Requirements Do You Have to Meet for a Canadian Scooter?

To be used on public property, an e-scooter rider must have a driver's license or one of the following: a defense permit from the Canadian Forces, a constable card for police officers, a special constable card for correctional institution guards, a security officer card for private policing services, etc.

In any case, under regulation and its application by TC Canada, an Electric Scooter must not be driven at places or pathways where speed exceeds 50km/h, and the driver must be 18 years old and must have undergone E-Scooter training by the renter or the manufacturer who has to then issue the rider the proof of that training.

In Canada, e-scooters are classified as low-powered vehicles. This means that they can be used on the street and sidewalks. However, they cannot be used on highways or other roads where motor vehicles are prohibited.

E-scooters must not have a power output exceeding 500 watts and a maximum speed of 32 km/h. They must also have at least one brake that is operable by hand or foot and an electric motor that does not require recharging to operate for more than 1 hour of continuous use.

Summary of the Laws on E-scooter Usage

With mobility scooters, Segways, and other forms of nifty personal transportation on the rise, it would be wise to do some research before you jump on the bandwagon. Transport Canada has done us the service of producing a guide outlining what is allowed and what isn't with e-scooters. One notable excerpt is that "electric scooter doesn't include unicycles."

The legality of e-scooters in Canada is still in question. As of this time, there are no federal or provincial laws that specifically address the use of e-scooters.

This means that it is up to municipalities to decide whether they want to allow them on their roads or not. For example, in Toronto, e-scooters are not allowed to operate in any public space.

In Edmonton, they are allowed on sidewalks and roads alike.

The province of Ontario has banned them.

They are illegal to ride on any public road or sidewalk.

You can't bring them aboard a TTC vehicle, or on GO Transit property.

You can't ride them on sidewalks, bike lanes, or trails in parks, conservation areas, and provincial and national parks. 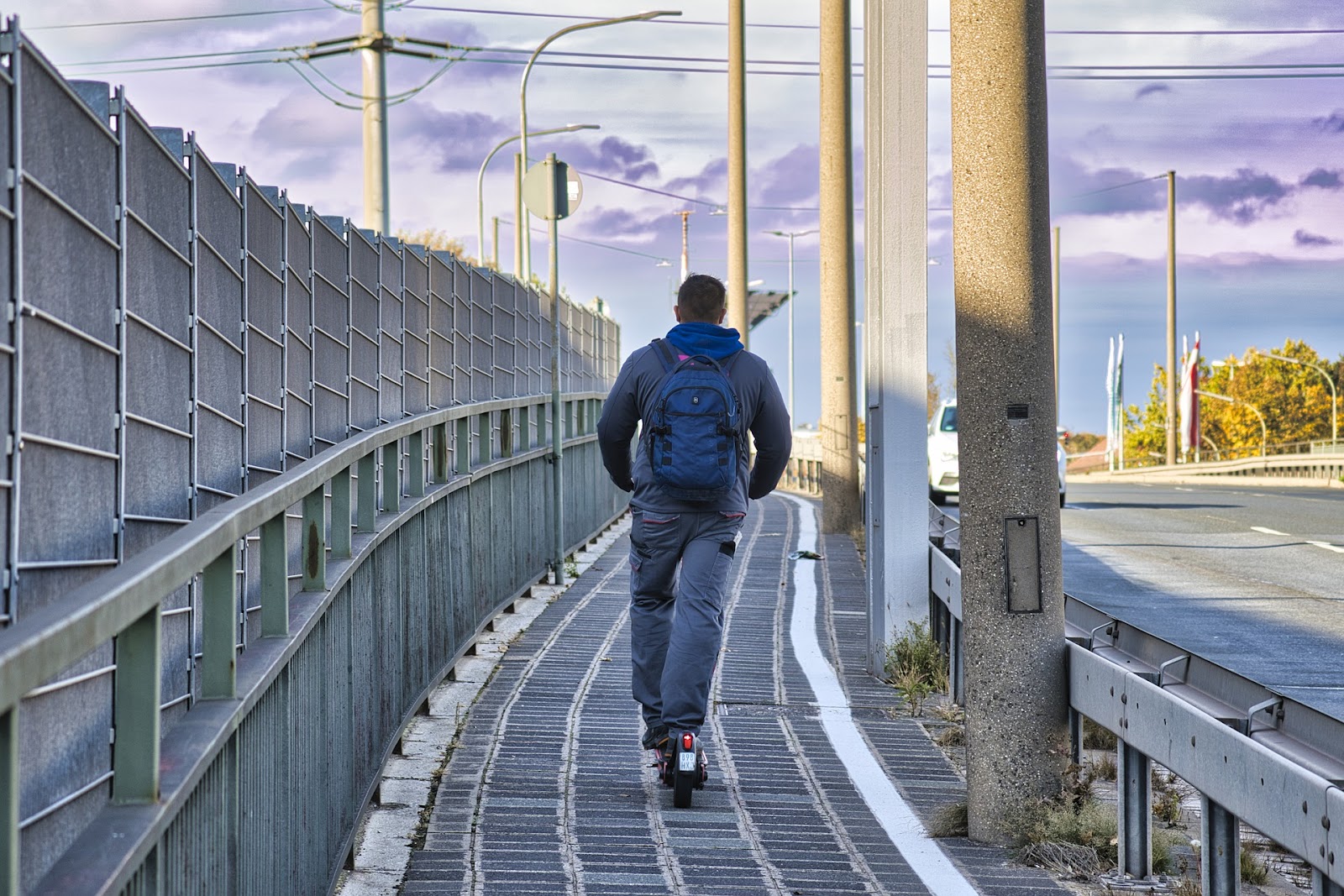 Other Concerns about E-scooters Usage

In addition, there is some controversy over the legality of the e-scooter in Canada because of a lack of legislation. Those who do use these guidelines combine a few of these rules: ensure they can't go faster than 32 km/h, have a bell on board, and no more than two on a roadway at a time.

Canadian cities need to have cohesive rules for e-scooters because they can increase environmental awareness and a non-toxic environment. People for e-scooters argue that the E-Scooters promote active lifestyles by encouraging people to move around more, whereas people against them say that scooter riders don't always follow traffic laws and it's still not easy to legally fit an e-scooter in a car.

There are certainly some rules, regulations, and prohibitions around the usage of E-Scooter but the increasing popularity and trend of E-Scooters have made the sightings of E- Scooter riders around private premises and sidewalks very frequent which is according to the prevailing regulations.

Nowadays, people seem to be getting lazier than ever. Many people nowadays are looking for different ways to cut back on their daily commute to work or school which makes electric scooters highly preferable for Canadians. The recent trend of less foot traffic due to COVID at the mall has also contributed towards the availability of more public space for electric scooter enthusiasts - which is good for us all!