Ebikes are gaining popularity as a cheap, healthy, and environmentally responsible mode of transportation. The global e-bike market was estimated to be worth $16.34 billion in 2017 and is projected to grow significantly to $23.83 billion by 2025. As a result, it is anticipated that worldwide vehicle sales will either remain unchanged or, less likely, decline over that time. This indicates that more individuals are switching from using vehicles to e-bikes.

Ebikes, also known as "assist bicycles" or "power-assist bicycles" under Canadian Federal Law, has grown in popularity—and with good cause. Due to the absence of an internal combustion engine, e-bikes produce substantially less greenhouse gas emissions than motorbikes or mopeds, which belong to a distinct category and are governed by different legislation. Customers have been drawn in by this in large part, especially younger generations who are becoming increasingly concerned about global warming.

Electric mobility offers more power for long-distance commutes at higher speeds, which are probably contributing factors to the increase in e-bike sales. Ebikes, as opposed to conventional bikes, also give riders the ability to better manage their commute time because the mechanical motor gives us an energy boost that our bodies might not otherwise be able to produce. The ability to avoid the rising fuel expenses that regular motorized vehicle users must endure is the biggest reason for owning an e-bike, making them a potentially less expensive mode of transportation.

Electronic motorcycles are becoming more affordable for those who cannot afford or do not want to purchase a car thanks to advancements in e-bike motor and battery technology. Bikes require fewer raw materials than other traditional modes of transportation. A newer generation of e-bike users will benefit greatly from the fact that practically every component of an electric bike, including the batteries, is now produced, recycled, or processed in a way that has a lower environmental impact.

As more local governments start to provide incentives for electric bike users, more people will be encouraged to enter the e-bike market. Some provinces in Canada provide reimbursement when you buy an e-bike and scrap your old car. To increase youth access to active transportation, the Ministry of Transportation will also support bike efforts including "Learn to Ride" programs and safer biking routes. 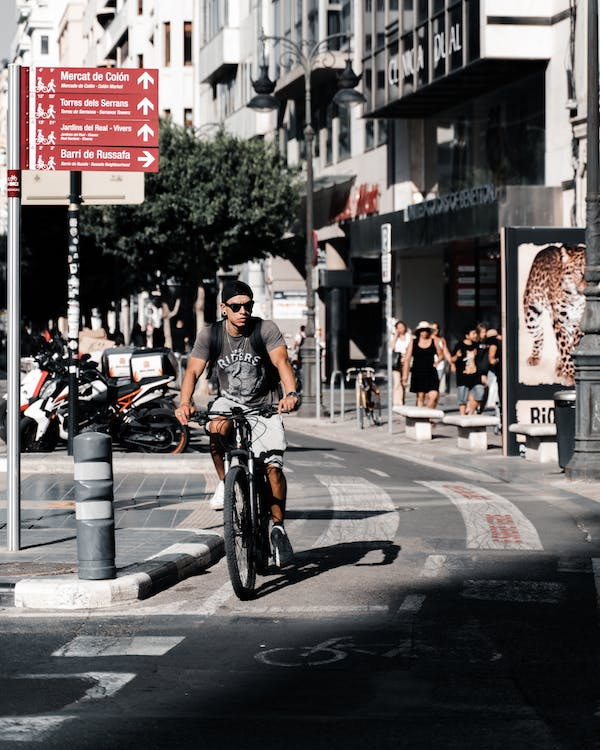 How E-Bikes can be used in the coming Fall Season

There are many reasons to appreciate fall, including the crisp air, crunchy leaves, and the ubiquitous pumpkin spice.

It may not be the first thing that springs to mind when you think of summer coming to an end to riding your bike outside in the fresh fall air, but there's no reason you shouldn't add that to your list as well, especially if you have an electric bike. You won't have to worry about missing out on anything on the trail while your friends may be storing their regular bikes till spring.

Here are some ideas for improving those fall e-bike rides.

The key to fall fashion is layering and bundling. You may don stylish scarves, put on some boots, and sport that flannel. The same advice applies when biking in the fall: stay dry, stay warm, and remain cozy. Rain pants are essential as well, and a great tip for these is to purchase a larger pair so that they don't pull over the opening in your shoe while you pedal and pour water down your ankles. However, avoid dressing too loosely to avoid getting fabric tangled in the drivetrain.

If some of that sludge splashes up into your wheels, riding through leaves and mud puddles might ruin your ride by ruining your bike. They also create dangers by obstructing drains, rocks, potholes, and other ground-protruding objects. Even though they appear dry on the outside, they may be moist underneath, which will immediately impair traction. Studded tires are another type of tire that provides reliable traction on unreliable surfaces and work best at lower pressures. Also, there are winter tires that are specially designed to tread your vehicle through snow and ice.

Install front and rear fenders on your bike before the rainy season starts to increase to protect it. Additionally, it is a good idea to monitor tire pressure. Your PSI decreases as the outside temperature lowers, especially if your bike is kept on a cold piece of concrete.

Misty Mornings in October are gorgeous. They are ideal for getting up a little earlier and using both hands to handle a drink. Even though foggy dawns and early dusks can be whimsical, the decreased visibility also makes effective lighting essential. Being visible on your trip is more important than just being able to see while driving. particularly by vehicles.

Be sure to use your headlights and taillights, but also to make sure that they are in good condition, working properly, visible, and securely fastened before each ride. Wearing bright, visible clothing and ensuring your bike has reflectors on both sides can help you take extra precautions.

4. Keep your Chain up and Tight

One of the key components of your bike that might be impacted by the season is the chain. Make careful to keep it properly oiled throughout the fall because it tends to dry out much more quickly than it does in the summer.

Fortunately, our e-bikes don't need any special lubrication. Standard lubrication will do, but if the atmosphere is very moist, don't be afraid to use the heavier stuff. Try passing your chain through a rag or an old T-shirt if you decide to go it alone to soak up any extra after application. You may hear it when you pedal if you leave it on too long. You will also hear it if you apply too little. The less the noise, the better. 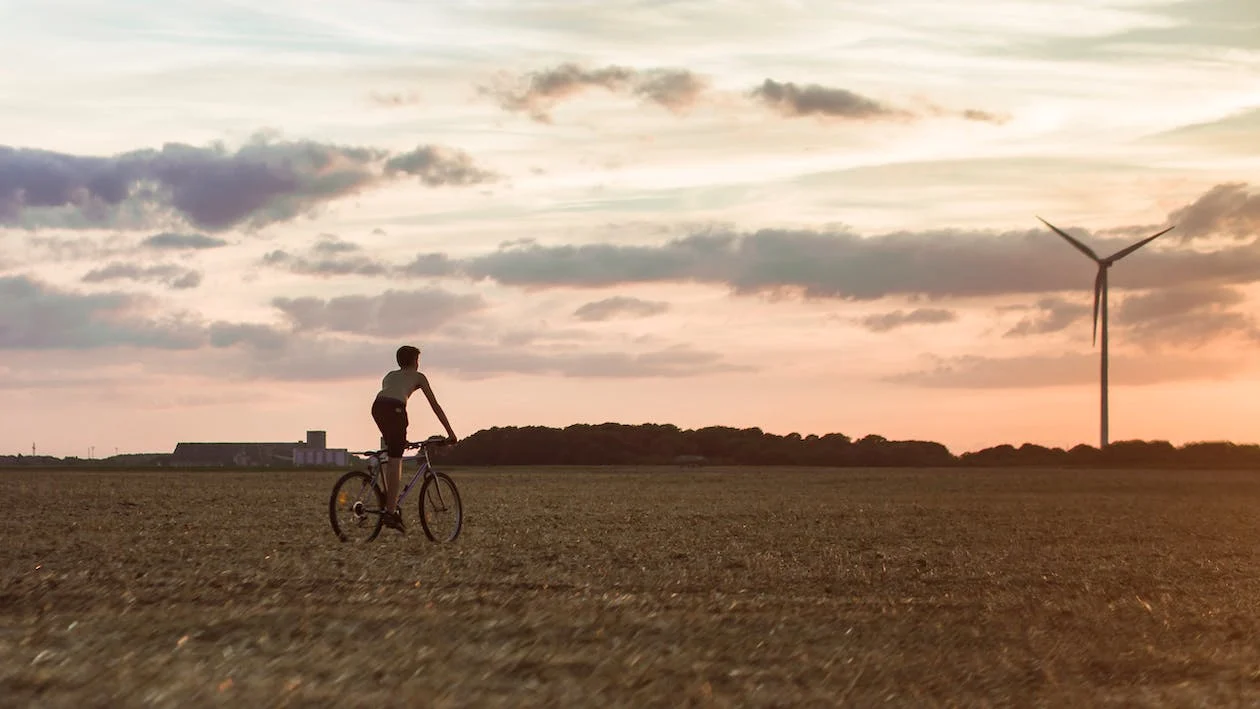 Regulations of E-Bikes in Canada

Since 2000, assist bicycles or power-assisted bicycles have been classified separately from combustion engine vehicles, which need a license to operate, under Canada's Motor Vehicle Safety Regulations. However, as of 2020, the Canada Motor Vehicle Safety Regulation was changed, and as a result, the provinces are now in charge of defining and regulating e-bikes rather than the federal government.

Provinces are responsible for defining and regulating e-bikes, so we have created blogs for each province to inform you of its laws.

Electric bicycles are not allowed to use motors that are more powerful than 500 watts or to go faster than 32 km/h. Additionally, they must have fully functional pedals, which means the engine must shut off when the user stops using them. They may, however, possess an accelerator controller. It is not necessary to have a driver's license, register your car, or have insurance. The cyclist is required to don a helmet.

An electric bicycle must have a maximum speed of 32 km/h and a power output of no more than 500 watts, the same as in the majority of other provinces. The pedals on the e-bike must be completely functional, therefore they cannot be mostly battery-operated. There is no need for a driver's license, auto insurance, or registration. Drivers must be at least 12 years old and must wear a motorcycle helmet, which is distinct from a bicycle helmet. Only pedal-assisted bikes with specific passenger seats are allowed to carry passengers.

Despite being federally regulated in Canada since 2001, Ontario was one of the latest jurisdictions to authorize electric bicycles for usage on public roads. 500 watts of power allows electric assist bicycles to travel at a top speed of 32 km/h. The e-bike must have a maximum braking distance of nine meters and a weight limit of 120 kg.

Riders must also follow traffic laws, wear helmets, and be at least 16 years old. Additionally, municipalities have the legal authority to set usage restrictions and type bans on e-bikes.

In Manitoba, the definition of an electric bike is a vehicle with pedals and handlebars. It must be able to be moved by pushing on the pedals and have no more than three wheels that are off the ground when it is in use. As in most other provinces, the maximum permitted mechanical power output from a motor is 500W, and the maximum speed is 32 km/h. When the rider stops exerting force on the pedals, the electric bike must also stop supplying motor power. When the brakes are applied, the motor's power must also disengage.

The electric bike must abide by all federal regulations and laws in New Brunswick, however, there are a few special exceptions. The maximum electric motor output for an electric bicycle is 500 watts, and the top speed limit is 32 km/h. Additionally, they must have fully functional pedals, which means the engine must shut off when the user stops using them. They may, however, possess an accelerator controller. The electric bike's seat must be at least 68 cm off the ground and its wheel rims must be greater than 22 cm. If the vehicle is operated at night, the driver must also have a headlight.

There are two categories of electric bicycles in Saskatchewan. A bicycle with electric assistance can utilize both pedals and a motor at the same time, and it can have two or three wheels. Either the motor alone or the pedals are used in a power cycle. Both must be capable of no more than 32 km/h and have engines with 500-watt maximum output. Helmets are necessary and no license is needed to ride an e-bike. Concerning local rules, both are regarded as standard bicycles.

All motorcycle licensing regulations and equipment standards apply to any gas-powered cycles, electric cycles with a power output of 500 watts or less, or cycles without pedals.

According to the Nova Scotia Motor Vehicle Act, a power-assisted bicycle has an electric motor with a maximum output of 500 watts or less and a top speed of 32 km/h, the same as in the majority of other provinces. As long as you're wearing a bicycle helmet that has been certified, electric bikes are allowed on trails and the road. They must adhere to federal law that defines Power Assisted Bicycles, however, they are exempt from the requirements outlined in the Canadian Motor Vehicle Safety Regulations for a motorbike. 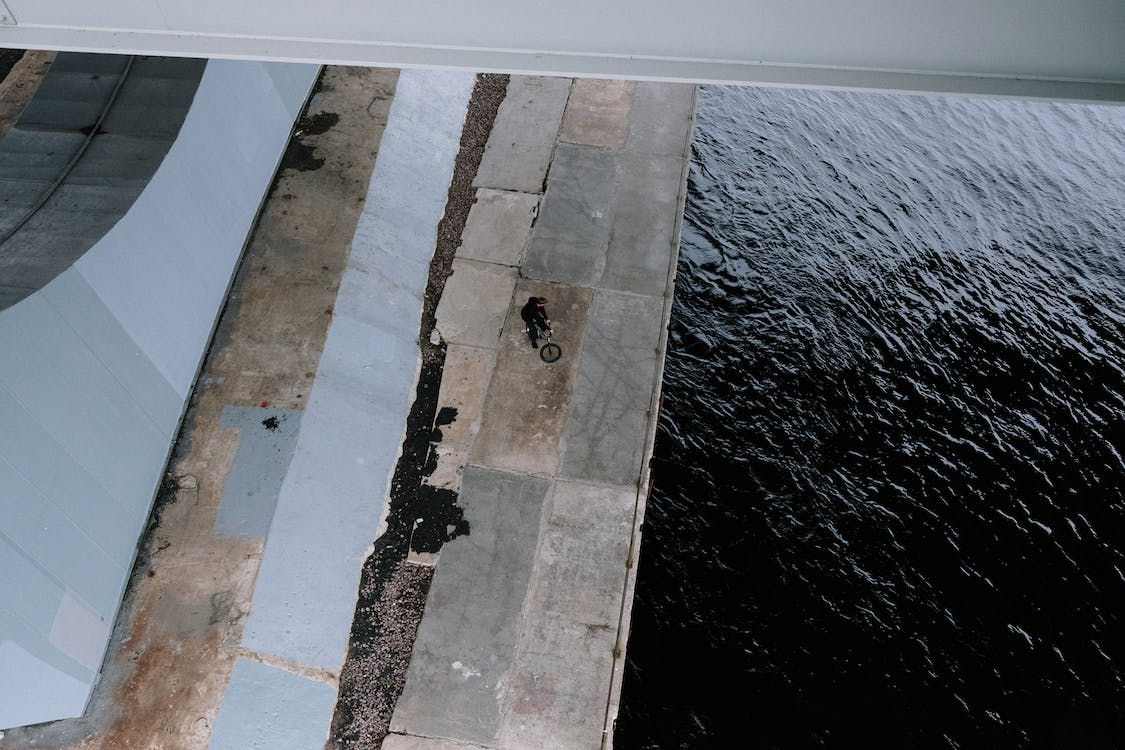 Ebikes are now regarded similarly to mopeds in PEI and are categorized as "Motor Assisted Pedal Bicycles." There are many laws and rules around them because of their unique classification. For instance, riders of e-bikes require a license and must register their vehicles. Drivers must also have a valid driver's license and wear a helmet.

The Société de l'assurance automobile du Québec defines an e-bike as a bicycle with a motor of 500W or less, pedals, and a handlebar. When the motor is not in use, the e-bike should be controlled as a conventional bicycle by pedal power. Three wheels are the most that can contact the ground at once.

Additionally, cyclists must wear helmets that adhere to regulations; refer to this page for a comprehensive list of regulations that apply. The user must be at least 14 years old, however, cyclists between the ages of 14 and 17 require a Class 6D license (required to operate a moped or scooter).

An adult does not require a license or insurance to drive an e-bike because it cannot be registered by the government.

Owners of electric assist bikes in Newfoundland and Labrador are required to abide by all applicable federal laws. The peak speed of an e-bike is limited to 32 km/h, and the motor power is limited to 500 watts. Helmets are required for drivers. Additionally, they must have fully functional pedals, which means the engine must shut off when the user stops using them. They may, however, possess an accelerator controller.

The northern territories are governed by the federal government and as such are subject to all federal laws. Motors on electric bicycles are limited to 500 watts of power and a top speed of 32 km/h. Additionally, they must have fully functional pedals, which means the engine must shut off when the user stops using them. They may, however, possess an accelerator controller.